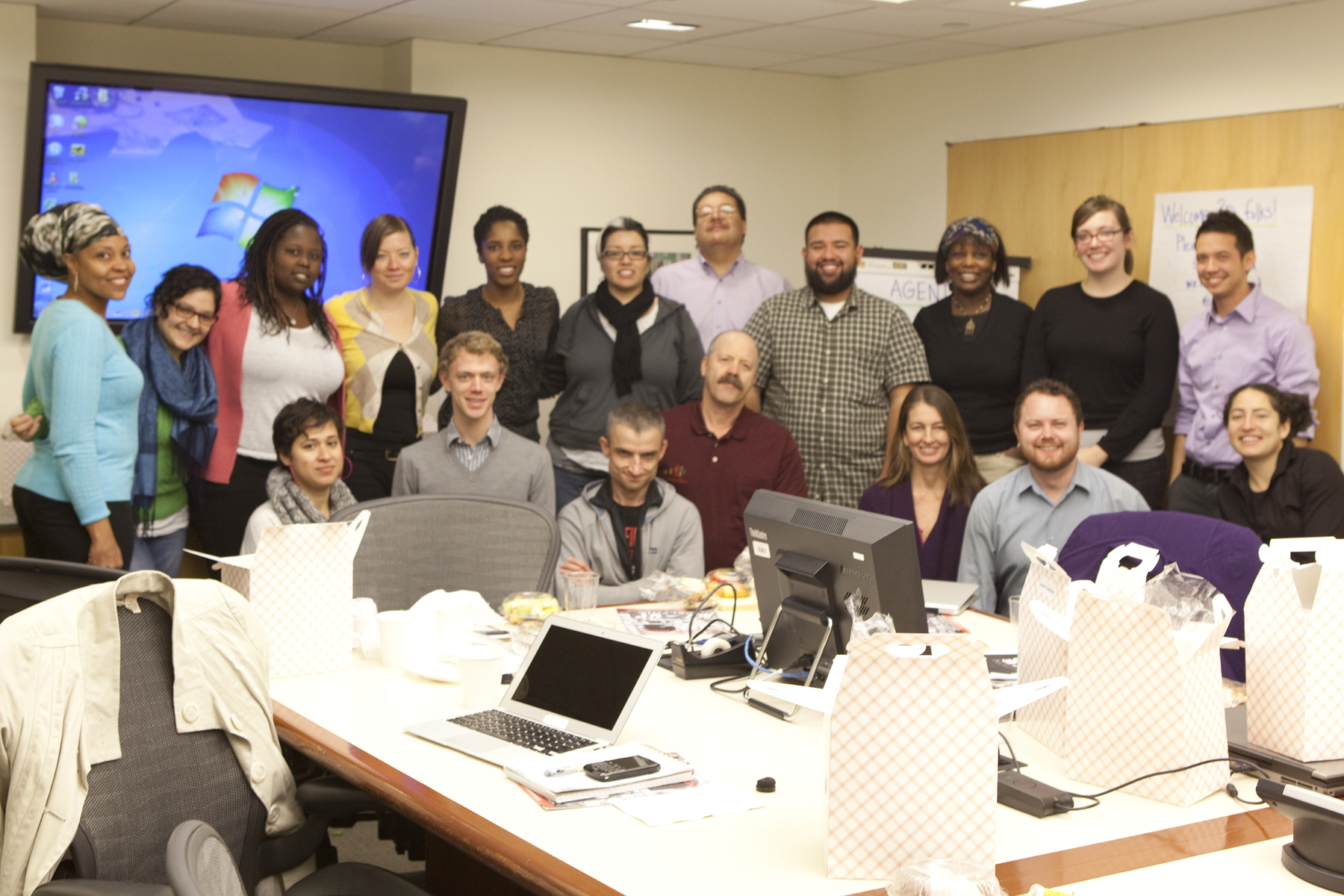 Next week, we’ll be sending out exciting news about the capital campaign to raise $750,000 to build the CAPACES Leadership Institute’s permanent home and to operate its programs in 2012.

What we can say today it that we’re getting close—very close—to meeting that goal.

Major credit for that progress goes to fundraising “3-D”.

We all know that much of fundraising world is decidedly “2-D”—conducted through letters or via messages like this one.  Then there’s “1-D” fundraising:  phone calls.

Our capital campaign has, of course, relied on calls, letters and e-messages.  We hope they’ve compellingly conveyed our vision and determination.  But no matter how vividly they’ve described the Institute as it’s come to life, we know that letters and calls cannot not compare to fundraising in 3-D:  the in-person encounter.

Our individual meetings and our eleven gatherings in eight cities have been the campaign’s heart and soul—and the key to attracting 137 new donors to support our movement.

For us, “3-D” has another meaning:  “Donor Development and Diversification.”  That’s the name of the initiative created by a consortium of funders led by New World Foundation and Open Society Foundations, both based in New York City.  In 2009, they selected PCUN and the Institute capital campaign as one of eight groups/projects to form a cohort of innovative social change grassroots fundraising.  More than 400 organizations had applied.

The funders of the “3-D” Initiative provided incredibly generous support to each of the eight organizations, and with it, the freedom to be bolder, to try unfamiliar strategies, and to build new alliances.  For PCUN and the Institute, the Initiative orchestrated exciting new relationships with Make the Road New York in New York City and with GIFT, the Grassroots Institute for Fundraising Training, based in Oakland, CA.

These connections are already yielding tangible outcomes.  GIFT featured the Institute’s fundraising in Comunidades del Futuro, a new manual in Spanish which includes popular education training materials for understanding the non-profit and fundraising worlds and five brief case studies of Latino organizations’ fundraising.  GIFT also commissioned the essay “Dues Worth Paying” by PCUN Secretary-Treasurer Larry Kleinman for the 30th anniversary issue of the Grassroots Fundraising Journal published in September.  Larry described the principles and mechanics of PCUN’s membership dues and income system which has generated $2,000,000 in PCUN’s first quarter century.

Our participation in the 3-D Initiative will continue in 2012—and so will the fundraising in 3-D.  Meanwhile, you can make a very tangible (and tax-deductible) contribution to help wrap up the capital campaign by December 31st.  Go to the Institute’s new website, www.capacesleadership.org and click on the green “DONATE” button on the home page.

We offer a 2-D “thanks” until we can meet up in person.