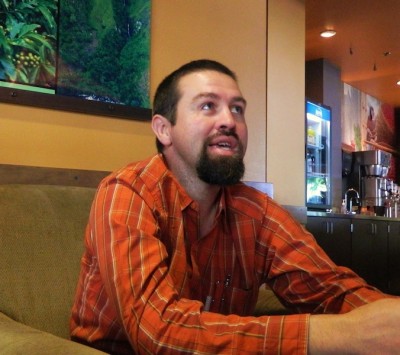 Imagine a built environment which has the power to inspire its surrounding community, as well as its builders and inhabitants. Imagine that the construction of a single office building could teach some of the country’s most disenfranchised laborers the skills necessary to join the “Green Building” workforce. Meet Gene Wixson.

Gene builds ultra high performance buildings. Sounds cool, right? It is cool. Ultra high performance, or Passive House, buildings are so efficient that they can actually produce as much energy as they consume. In a Passive House building, because the insulation and roofing are so progressive, the main energy cost is actually hot water, and electrical plugs. As of August 2010, there were only 13 such buildings in the US. Add one more.

Gene is a Construction Manager for Green Hammer, a Portland based design firm specializing in ultra high performance building, and he is currently working with PCUN on the CAPACES Leadership Institute (CLI), which, aside from providing the CAPACES sister organizations with a headquarters from which to train tomorrow’s Latino leadership, will be the nation’s first office building built to the Passive House standard. Gene’s role on the CLI project is many faceted; he does everything from coordinating the needs of the architects with those of the structural engineers to arranging with suppliers and manufacturers for supplies. According to Gene, finding manufacturers who design products significantly better than code is one of the most difficult challenges the CLI campaign faces, but it is also a challenge he feels will improve the position of PCUN and the Latino workforce they represent by helping them to build connections in an area of the “Green” industry that is seeing steady growth.

Gene specialized in Environmental Studies at Lewis and Clark College, where he succeeded in writing LEED into the campus building standards in 1996, but he has been a builder much longer than that. From working on “Heritage” buildings in the Antarctic to working with PCUN today, Gene has always been interested in the cutting edge of design. His experience on contracting jobs has also brought him into contact with the large Latino contracting workforce, and this has given him a deeper understanding of how his work with the CLI will strengthen our community. Working on the CLI project is a teaching opportunity for Gene and his Green Hammer associates, a chance to increase the job skills of the Latino framing crews that have had virtually no exposure to ultra high performance design, but will ultimately build the CLI structure from the ground up. This is a chance that Gene relishes. Gene says, of his work on the CLI project, “I love that this is a group of people who may not have work next month, who may not even be in this part of the country next month, but are still willing to donate their time and skills toward putting together what will be the coolest building in the country. That inspires me.”